Farmer John has installed a new system of N−1 pipes to transport milk between the N stalls in his barn (2≤N≤50,000), conveniently numbered 1…N. Each pipe connects a pair of stalls, and all stalls are connected to each-other via paths of pipes. FJ is pumping milk between K pairs of stalls (1≤K≤100,000). For the ith such pair, you are told two stalls si and ti, endpoints of a path along which milk is being pumped at a unit rate. Please help him determine the maximum amount of milk being pumped through any stall. If milk is being pumped along a path from u to v, then it counts as being pumped through the endpoint stalls u and v, as well as through every stall along the path between them

In other words, we’re given a tree and a series of paths on that tree. We need to find the point at which the most paths intersect.

Afterwards, run through the list maintaining a running count of the paths.

In order to apply this to a tree, first arbitrarily root the tree. Observe that for every node, there’s a unique path to the tree.

We can use the preceding method to increment counters, extending our solution from a linked list to a tree.

However, we still need an efficient way to calculate the LCA of two nodes. Note that our queries are offline (we don’t need to process them in order). 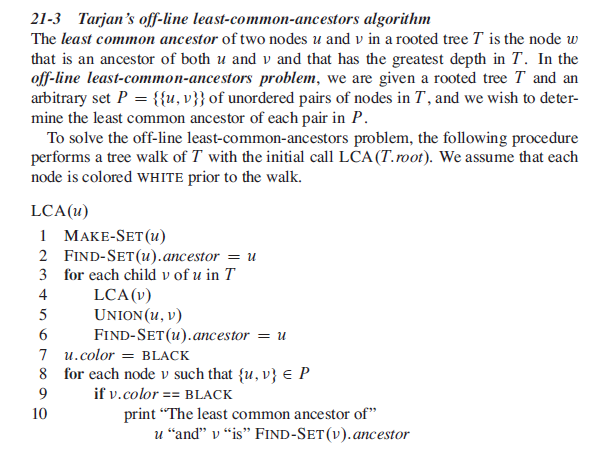 To understand why this works, consider nodes u and v. There are two cases when finding LCA.

My solution can be found here

Notice any mistakes? Please email us at [email protected] so that we can fix any inaccuracies.